What is actively at work and how does it work? 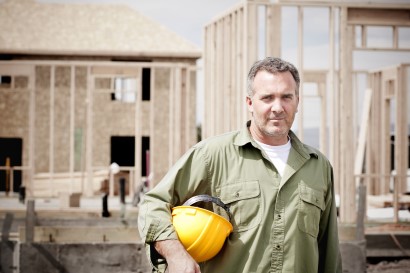 We explain in a little more detail what we mean by actively at work and why it’s so important.

Group insurance provides life, critical illness and income protection cover to a company’s employees. It would be very time consuming and expensive to ask questions about the health of all employees before providing cover.

But a smart insurer knows that they need some protection against covering lots of employees who are off sick with serious illnesses. One of the ways an insurer can do this is by ensuring that they only cover employees who are working normally and are therefore fit and healthy, this is known as actively at work (AAW).

All group insurers have a similar definition of AAW, and AIG Life Group Protection defines an employee as being actively at work if they are:

and is not acting against medical advice in meeting any requirement of a) to c). For example, if an employee is working when they have been assessed by their doctor as not being fit to work.

Anyone who is not actively at work on the required date won’t be covered (or get the increase). Insurers may use any of the following definitions to determine when the employee is next entitled to cover:

Some insurers will waive the AAW requirements for bigger group life and group critical illness schemes.

What are the limitations with AAW?

An AAW requirement worked well enough in the past, when people worked in one location and did a set number of hours. Now though, people work much more flexibly.

For example, the number of employees working from home has continued to increase (either on a regular basis or as a one off) and there has also been an increase in workers engaged through zero hour contracts. This makes the AAW test more complicated.

So, how easy is it to apply the AAW test? If an employee is working from home so they can go to a doctors/specialist appointment, does that mean they are actively at work? Also, what does “working against medical advice” mean in practice?

Doctors are supposed to encourage people to keep as active as they can, so if an employee wants to continue to work would a doctor discourage them? In any case the only real proof would be a fit note signed by the doctor and these are only usually provided if the employee is absent for more than seven days.

Insurers apply the AAW test on a specific date, for example, when the policy starts. This is normally sometime after the quote is done and the terms offered. Therefore there is an element of uncertainty as to whether all employees are going to be covered. Unfortunately, this won’t be known until the policy starts and the employer can determine who was and wasn’t actively at work at that time.

We have taken the view that AAW for group life policies is not fit for purpose in the modern working environment. It is difficult to prove or disprove, and as it usually only becomes an issue when there is a claim, it therefore becomes an argument that can occur at a sensitive time for families, arguably the most inconvenient time.

We think it is reasonable to ask for information about absences lasting more than seven days because they normally have to be supported by a doctor’s fit note. Therefore we are asking for factual information which the employer should have on record.

We have removed the AAW requirement on a given day for (non-flex) group life policies. Instead we ask for details of employees who have been absent for either more than one, four or twelve weeks, depending on the number of employees covered by the policy.

We ask for this information at the time we produce the quotation and then ask for an update when the application form is signed (which can be up to a month before the policy starts).

Although it is possible that we miss finding out about serious illnesses that have only just struck, this is a risk we can live with. We would rather do this than deny cover to someone who may be off work with a minor ailment one day and then suffers a fatal accident on their way into work the next day. This situation may seem a remote possibility, but with the number of people covered by group life in the UK it can happen.

We use the absentee information given to decide whether or not to quote for the scheme, and then determine the premium. The client then has the reassurance of knowing that if we quote, all the absentees that have been disclosed to us will be covered.

We continue to apply AAW to flex schemes to provide us with some protection against an employee who is off sick at the time they are allowed to increase their cover, and want to do this because of their illness.

AAW remains a key feature of group income protection because it is used to identify when a potential claim starts. If an employee is not actively at work when cover starts then they are in the deferred period for a claim with the previous insurer.

We believe that our approach to the actively at work test provides a greater level of contract certainty for both us and the employer. We think that the traditional method of applying AAW isn’t that well suited to modern working practices.

However, details of those absent does remain a key component in managing risk and providing group protection insurance efficiently and that’s why we ask to know about absences lasting longer than seven days, as these require evidence from a doctor.