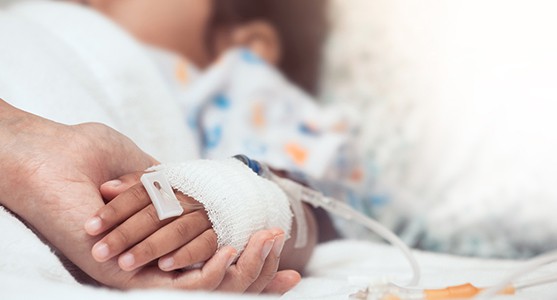 The NHS acknowledge it as the “Silent Killer”1.

It causes 44,000 deaths every year2; is more common than heart attacks and kills more people than bowel, breast and prostate cancer combined3 -  yet many people are completely unaware of its existence.

Unlike cancer and heart attacks it isn’t down to diet or lifestyle or whether someone smokes. – Sepsis is triggered by an infection, more susceptible infections occur in the stomach, kidneys or lungs, but you could cut your finger whilst making dinner and be at risk.  It doesn’t discriminate and can strike anyone at any time.

It’s highly unpredictable, and the speed and severity varies from case to case. In some cases it can develop over the course of several days, in others, it can be a matter of hours. Almost all people with severe sepsis and septic shock require admission to hospital, with some requiring admission to an intensive care unit (ICU).

Because of problems with vital organs, people with severe sepsis are likely to be very ill and the condition can be fatal.

If caught early, antibiotics can halt the response instantly, but this requires immediate action and diagnosis. By far the biggest danger sepsis holds stems from the fact that it is so hard to diagnose, hence the name – “the Silent Killer”. The symptoms such as breathlessness and muscle pain are commonly mistaken for a bad case of flu, so it is worryingly common for sepsis to not even be considered, until its too late.

The only defences we have against sepsis are awareness and prevention. Diagnosis is very straightforward, often determined by simple measurements such as your temperature, heart rate and breathing rate.  So we need to keep asking the question: “could it be sepsis?”  If you suspect it – say it.

Symptoms to watch out for are identified by the acronym 'SEPSIS:'5 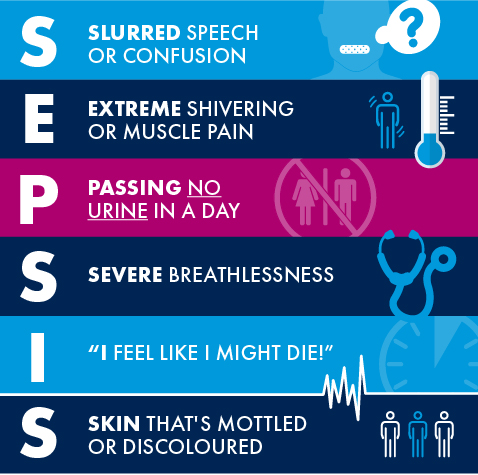 Signs in children differ to those in adults -  key symptoms to look out for are:

If you suspect it – ask the question: “Could it be sepsis?”

At AIG Life we understand that the medical landscape doesn’t stagnate. It moves and changes and the continual need for new medical advancement is constant. Insurance should be the same.

We recognise the catastrophic impact that severe sepsis can have on someone and the effect it can have their lives and the lives of their family. We’re committed to making sure that our cover reflects what matters today so we will now provide a partial payment of 50% or £35,000 for cases of severe sepsis, which require admission to a critical care unit for three days or more.

Our underwriting philosophy is to “start from yes”. We are committed to offer cover for conditions that matter and can usually offer Life and Critical illness cover for a history of sepsis at standard rates if a full recovery has been made.